A popular brothel in Ugep, Yakurr LGA, is in the news for the very wrong reason. Located just poles from the Divisional Police Headquarters, Ugep, www.calitown.com, was informed that the police recently visited “Mangoma” and effected the arrest of several young ladies in the brothel as well as the young man who runs the place.

Sources further revealed that the arrests were not unconnected to the death of an indigene of the area who visited the brothel recently. It was learnt that on arrival, the deceased bought and consumed a large quantity of alcohol and may have also taken the drug, Tramadol, in more than appropriate doses. The deceased is said to have also made his pick from the ladies in the brothel, disappearing soon after into one of the rooms. (Tramadol is a centrally acting opioid analgesic used to treat severe pain, but abused by persons interested in the staying ‘power’ of the drug on the male, during intercourse). Trouble is said to have started when the young lady who took the deceased to her room raised alarm after discovering that her client suddenly had seizures, went limp and completely lost consciousness while attempting to actualise the liaision he had paid for. Attracted by the alarm raised by the lady, several patrons as well as ladies made frantic efforts to revive the deceased, but failed. Patrons of Mangoma are said to have scampered in all directions when it became clear that a major tragedy had taken place.

“My own is that, I do not understand why these young men are harming themselves with this drug, Tramadol. The one who has died is not the first to use the drug, neither have his friends stopped using the drug. It should in the first instance not be taken with alcohol, but these young men obtain and abuse it, most of them taking increased doses hoping that it translates into staying power and see what tragedy occurred”, one doctor in the area said.

A source in the deceased family confirmed to www.calitown.com that the deceased has since been buried while the police say investigations are continuing. 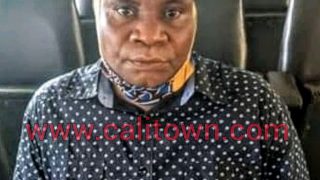 JUST IN: Man Bags 22 Years In Jail For Raping Step-Child

REVEALED: “Ayade Was Advised About Jarigbe But He Refused To Listen”