ITM May Be Named After Okoi Arikpo

Calitown.com has been competently informed that there is a process in place to name the soon to commence Cross River State Institute of Technology and Management, ITM, after a great son of the state, the late Dr Okoi Arikpo, S.A.N.

Further confirmation to this effect our sources say is visible in the high level representations from the area, made to state governor, Liyel Imoke, on the matter. The representations, made by very senior citizens of Yakurr extraction, may be difficult to ignore. Those pushing for the naming of the school after the elder statesman have advanced reasons many consider incontrovertible. 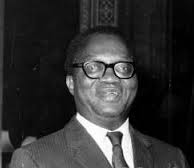 One source spoken to revealed that “it will be a move in the right direction if you consider that Okoi Arikpo’s immortalisation has been stifled by factors I may be incompetent to talk about”. He went on to say that, “the man we are talking about is Nigeria’s longest serving External Affairs minister, having served our country from July 1966 to 1975 and was the president of the West African Students Union in the UK, in the early 40s. Again, he was the first Senior Advocate of Nigeria, East of the Niger. We cannot ignore these towering credentials, if government decides to so honour him, it will be a very welcomed development”.

“The ITM site had a secondary school there named after Okoi Arikpo. Now that it has been taken down, we hope seriously that when the governor comes to commission the institution, he will name it after this great man”, another source said.

Born on September 20, 1916 in Ugep, Yakurr LGA, Cross River State, Okoi Arikpo Egede, was educated at the Hope Waddell Training Institution, Calabar, bagged a first class degree in Chemistry from the University of London, studied Law and was called to the English bar in 1956. He was also the first West African to bag a Doctor of Philosophy degree in Anthropology. He died in 1995.