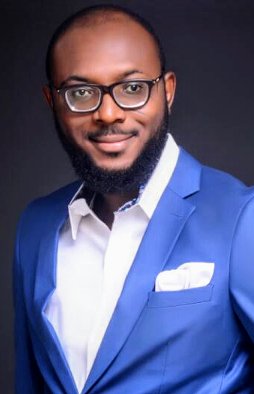 Lawyer and social media influencer, First Baba Isa, better known as FBI, serves in this subtle piece, his thoughts on zoning in CRS.

1. As elections approach you will hear a lot about zoning and “it is our turn”. Even if you never knew what the hoopla about zoning entails, you will have a fair grasp this period.

3. Our present constitution contemplated and enshrined the concept of zoning in several sections; like the sections dealing with Federal Character or the ones mandating the president and governor to make sure their ministers and commissioners come from each state or local government as the case may be.

4. Clearly, the constitution did not outline a framework for zoning elective positions but the point I’m making is that zoning as it were is not a foreign concept to both democracy in general and our constitution in particular.

5. Now, the constitutional provision that mandates the President to pick at least one minister from the 36 States of the Federation makes comedy of the thinking that zoning begets mediocrity. Again, this argument is only wielded by folks with a self serving motive. Zoning is not the opposite of competence. This is 2022, there is no state, local government, ward or even village without someone competent to fill an elective position.

6. If the electorate is ignorant or gullible, they will always elect someone incompetent; if the president or governor is incompetent and ignorant, he will always appoint incompetent people even if he picks them from every village or just one village. Zoning is not to blame.

7. So, whenever you hear someone say, “we don’t want zoning, we want competence”, that’s the voice of deceit or ignorance talking. Zoning and competence can exist together and there is absolutely no reason why they shouldn’t. Zoning is simply an agitation for equal and fair participation. No more, no less.

7. If you all agree that it is the turn of my family to produce the next village chief and the kingmakers or voters decided to pick the most incompetent in my family to crown chief, how is that the fault of zoning?

8. However, we have two major problems with zoning in Nigeria; no clear cut guidelines for its implementation and the insincerity of those who mouth it. I have not seen anyone who truly believes in zoning. It is always a tool of political shenanigans to them.

10. If the two major political parties are zoning their presidential ticket to the south, then it should go to the South East. An Igbo man or woman should be president. The South West has taken before, the South South has taken, so it should go to the South East. But here is a South South Governor, who is being touted as an apostle of zoning, being asked about his presidential ambition, and instead of him to say “No, I’m an advocate of zoning, so it is the turn of the South East…” But, my guy said, “I’m ready if my party wants me.” Can you imagine the insincerity.

11. His aides and supporters in Cross River State are busy sharing his posters for president and shouting #BackToSouth for the governorship position. If double standard had a face. Even in their back to South campaign, it is the Efik, who had produced a Governor that are angling for it. Is that the spirit of zoning? No. It should go round the local governments, wards and tribes.

12. It is even laughable that the APC, the Governor’s party today, is talking about zoning. In the last election, the Governor who is from the North was running for reelection and the APC fielded two candidates from two factions and both were from the Central! If not that shamelessness is a key ingredient in Nigeria politics, APC Cross River State cannot be talking about zoning now.

13. So, you see, the concept of zoning, without watertight guidelines for its implementation, will remain good as an ideology but wobbly in practice. So, as much as I love the concept, it is difficult to practice. You don’t even know when someone is using it to hoodwink you.

14. I have, therefore, resolve to promote this as much as I can but not to split unnecessary hairs about it. I will always consider it but I will not put it first in my consideration for choosing someone for an elective position. That’s why you might see me rooting for someone from the North or Central of Cross River State for Governor if they meet other terms and conditions far above the person from the South.

15. Look out… Make person no use your head. Zoning has conveniently become a tool for political yahoo yahoo.

The views expressed are the author’s.