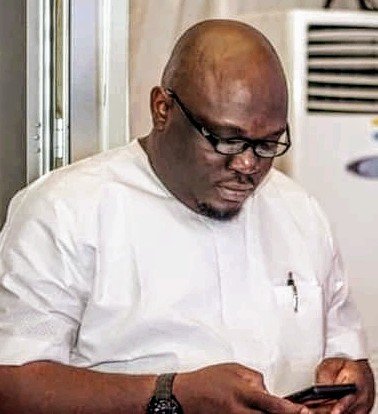 1982 was the last time I saw him. He was my school father and had just finished writing his School Certificate examination that year. Nobody told me why he was called Alade or it was just that, I didn’t at that time, possess the capacity and presence of mind to ask him why he bore this nickname.

When I arrived to begin secondary school, he was one of those senior students who stood at the culvert to the dormitory, waiting to pick out a school son. He did his best as a school father to me, I think with the best of intentions and I became quite proud of him because he always spoke at the assembly ground, after the school principal was done speaking.

His was an every school day routine; he would mount the stage, randomly flickering his hazel eyes, repeatedly licking the extremes of his lips and begin, “autonomic despotism maligns the periphery of our collective upheavals”, a thunderous ovation from the students will follow. He will concoct another high sounding sentence and appear to mesmerise the whole staff and students.

My mates in school whose school fathers demonstrated no such committed eloquence, envied me. I know for certain that back then, not many of us put my school father’s high sounding sentences to any scrutiny. It was not wrong that we didn’t do that, it simply was not our business and in the dormitory where bullying was almost institutionalised, unknown to him, he provided fleeting moments of laughter to us all.

During prep, he scoured his dictionary for words and also read his “Students’ Companion”; that essential part almanac, part dictionary and handy encyclopaedia, (all in one portable volume), put together by Wilfred Best. I do not think today that my school father, back then, put this book to good use because he seemed to only copy down several idiomatic expressions that he maisoned his sentences around.

Determined to embellish his notorious sentences, he devoted more time reading to impress a mass school crowd, than for good grades. By the time the School Certificate result for his set was posted on the notice board, his English Language grades simply exposed the futility of his enterprise, all this while. What point did he really expect to cogently drive home in “autonomic despotism maligns the periphery of our collective upheavals”? I didn’t know then and I still don’t know now.

I almost forgot to tell you that my school father was also our dormitory prefect. If I ever was part of any pack of persons to be punished, he normally started the punishing with me, mouthing it so everyone can hear, that he is not a partial person before coming down on me with whatever sledge hammer best suited “the candid gravity of the offence committed”, like he would say.

See, the problem with using high sounding words to attempt an explanation of simple things is that we almost end up complicating what should ordinarily be a simple exercise. When this happens, it provides fertile ground for misconceptions with added capacity to call white, black and vice versa. Sometimes too, the person who mouths these words become the much needed lingering comic relic, listened to when people need a good laugh, and not for any other reason.

I won’t lie, I am still unable to come to terms with what provides the adrenalin pump that birthed “Olimpotic Meristemasis”, OM, the comic alias of Cross River State’s 2020 budget estimates. While state governor, Ben Ayade, described this his OM estimates as anchored on a believe “in the spiritual force, which is the third energy”, it will somewhat become a new world wonder how OM “would catalyse into existence a great opportunity for us all to put our hands and legs on the pedal and fill it off.”

Permit me to reason like I didn’t reason when my school father was dropping all those sentences. First, I do not know what “spiritual force”, tied to a “third energy” would come to the CR economy and “catalyse into existence a great opportunity…” that has never been there? OM estimates N44bn to the health sector, N38bn for education, N22bn for agriculture and a whooping N85bn to the New Cities Project. One of the new cities ‘built’ by the cool cat governor is called Calas Vegas, visible from one part of Calabar, a gamble that still has not paid off. Even Iyata, her ‘neighbour’, where roasted plantain, bushmeat and fresh palmwine are sold, a hamlet by city standards, is not even threatened by this particular ‘new city’, long embarked upon, all this while.

“Small-scale businesses like barbershops, hair salons and other agencies are hereby exempted from taxation.” I swear, talk is cheap. In several places across the length and breadth of CRS, acolytes of government subsistently live on taxes from revenue points tied to small-scale businesses. These are the foot soldiers often deployed to snatch ballot boxes, shoot and maim us so that electoral ‘victories’ will remain in place. Go to taxi/bus stops in Calabar like Etim Edem park, MCC by Highway, Goldie/Mount Zion, Eta Agbo by Unical main gate and tell those ticketers there that OM has abolished the daily payments of N500 to N1,000 levies by taxis in the state and see what will happen.

To just pronounce that the foot soldiers’ revenue points are gone, just like that, is to the foot soldiers, an anathema. OM will say one thing, these chaps will do what suits them and if anyone operating any of these businesses refuses to pay, ‘the person go hear wiiing’.

I met my school father again this week, several years after, the same week OM was delivered; two unbelievable events for me in one week.