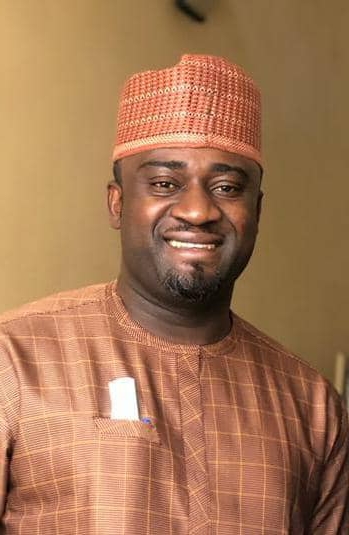 I would not have joined issues with the jokers of the People’s Democratic Party in Cross River State but when Venatius Ikem, State Chairman the party makes unguided statements on a national newspaper it’s only normal to respond to him with facts.

To begin, HE Sen Ben Ayade is a man of great innovations who has proven his nay-sayers wrong and returned Cross River State to the enviable part of speedy infrastructural and human capacity development as governor of the state..

It is no longer news that his zeal and political blueprint to industrialize Cross River State has singled him out as the best governor from the committee of governors in the federation. Despite the lean federal allocation that comes into the state, the governor singlehandedly built over 10 factories. From the Rice Seedling Plant, Garment Factor, Calachika, Ogoja Ultra Modern Rice Milling Factory, Toothpick Factory, Cocoa Processing Factory to mention a few, he has shown capacity and is further working to redirect Cross River State from a being a civil service state, solely dependent on federal allocations for financial survival, to a state that is industrialized and economically viable. Gov. Ayade has all but achieved this great feat as most of the industries have commenced operation and a few are up to 80% completion.

It is also pertinent to point out that Gov Ben Ayade has an unprecedented upper hand with his youths friendliness/inclusiveness in governance. He has over six thousand appointees, most of whom are youths. There is no arguing the fact that youths are the immune booster and life wire of any viable economy. Gov Ayade has taken advantage of this and massively included youths in his governance. This has stood him out amongst his peers.

I make bold to say that Gov. Ben Ayade can be compared to the likes of former head of state, Yakubu Gowon who created 12 states and appointed youths to head them; many of whom he has never met before in his life.. Ayade can also be compared to Lee Kuan Yew, Singapore’s first prime minister who focused on industrializing his country on the back of her youthful population. Today Singapore is dubbed as the “Monaco of the East”, the red dot has beaten a path to steady economic progress and prosperity since the 1970s. And much of the city’s success today can be attributed to the vision of one man – Lee Kuan Yew.

I believe Cross River State cannot continue to be a mono-economic state. You will also agree that at the end of every academic year, the state turns out thousands of graduates with no jobs at hand like every other state in the country. Building these many industries and factories is the only way to go. Please I want the PDP to tell me which other way the governor could have better created more jobs and expanded her economy than what he is currently doing.

Cross River State has less resources with a very large land mass and human capital. So without a visionary leader it is impossible to develop a state like that. That is why I respect the vision and ideas of Governor Ayade. He has been purposeful and deliberate in his projects and governance. And it has all been about the young population. If leaders from our recent democracy had focused on jobs, industries and youth empowerment like Governor Ayade, Nigeria would have been heading in the direction of Singapore or China who have taken over the world within the shortest period from a carefully planned and definite drive that engages her youthful population.

Recently, Ayade received an award from the Federal Government for digitizing rice farming in Nigeria: this is the future. And it’s exactly where our youths want to be led.

Anyone can construct roads, build hospitals and schools…that is all the PDP idealizes when a plethora of other things stress the resources of our state. The governors the PDP applauds for building flyovers have mostly done no needs assessment of their people as reports are beginning to emerge. What the PDP is seemingly celebrating is the implementation of projects that have no direct and immediate bearing on the livelihood of the people in those states.

I challenge you to look at the states that their governors are raising their shoulders high for constructing roads and ask them how many sustainable jobs they have created for youths in their states, none! I tell you, give Gov. Ayade the kind of money Lagos, Rivers or Kano has and you’ll be begging him to come lead Nigeria as a country.

I mustn’t also fail to appreciate leaders like Governor El-rufai of Kaduna State, Governor Zulum of Borno State, Governor Umahi of Ebony State and Governor Udom Emmanuel of Akwa Ibom State. Regardless of their political leanings, these leaders have been very purposeful and futuristic in governance. However it’s not surprising that majority of them are from the APC stock. And it’s clearly because the party allows for free robust debates and engagement internally, unlike the opposition party that believes in authoritarian leadership and blind followership.

So, I would like to encourage Gov. Ben Ayade to follow his dream, ignore the noise makers in the opposition party and if God pleases that he will become President of our great country nobody will be able to stop him.

Rex Mgbang is an aspirant for office of APC National Youth Leader.

The views expressed in this article are the author’s!