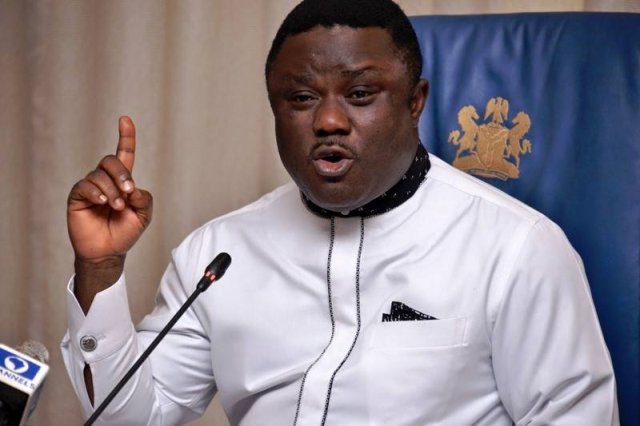 The good people of Cross River State have been unfortunate victims of the Governor Ben Ayade’s promise mill, fooled by the striking grandiosity of his projects and the deception in his eloquence. The governor has been flagrant in defending the practicality of his improbable dream projects, even going as far as saying that God would throw him into the pit of hell if he failed to fulfill the numerous promises (yes, they are numerous) made to the people of the state.

Governor Ben Ayade is not a man of small promises or dreams, preferring to dream big now and think later. The governor has even been described as a megalomaniac; a lover of big things, one who gets nothing meaningful done because it must necessarily be big.

On assumption of office he promised the people of Cross River State that his administration was going to embark on landmark projects. However, his so-called “signature projects” have remained unrealized dreams and so their promise of creating jobs, wealth and revenue for the state and its people is perpetually confined to question.

As regards to reviving the economy, he is quoted thus: “My conviction is that I am going to bring all my business acumen to bear and reconstruct the economy based on commoditizing and commercializing the state and shift away from depending on the Federal Allocation. I will isolate the state and run it as a business model and with that in combination with my contact and exposure I believe we can overcome whatever challenges as a state and turn the carcass to a huge economy.”

Peculiar among the governor’s vague promises to the people of Cross River state was one where he pledged to turn the state into Africa’s construction hub. One year into his administration, he crowed: “We are fully loaded to make the state the construction hub of Africa. It is indeed difficult at this point in time to hope perhaps that magic would be done.”

“But with sincere commitment with the love and fear of God with all your support, Cross River State indeed shall move from 3rd world to 1st under my watch.”

“One year into our administration today, we can assure you that victory, prosperity, success and an end to poverty and unemployment are assured. As sharp hunters, we won’t miss our mark. As custodians of your collective trust, we will keep our promise.” The fantastic evolution into a 1st world economy/state remains a dream, the expected transition to any form of construction hub has not happened, no magic has been done and the glaring evidence on ground is the widespread infrastructure failure in the face of a growing infrastructure deficit.

The trust of the people has been betrayed by their elected custodians, the dull hunters that populate Governor Ayade’s administration have all missed their marks, and the trail of promises broken signal a state ship naively lost on the turbulent seas and in desperate need redemption.
The fact that Governor Ayade has not lived up to expectation in not veiled from the eyes; many of his promises have been stopped in their tracks and the painful realities bare down on the people of Cross River State.