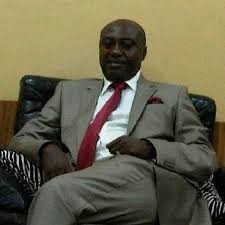 As Zana Akpagu, a Professor of Languages, recently picked as the Vice-Chancellor designate of the University of Calabar readies himself to occupy the position, www.calitown.com investigations have unearthed a series of legal hurdles, lying in wait and ready to play out, challenging Akpagu’s selection process.

One of such legal hurdles is contained in an application written by a law firm, Eyong & Eyong of 50 Mbonu Street, D/Line, Port Harcourt, Rivers State, acting on the instructions of their client, one Michael Eyong, an academic doctor of the Department of Social Science, University of Calabar, Unical.

In the application, dated September 16, 2015, obtained by www.calitown.com, the firm applies on their client’s behalf, to the Registrar of Unical who also doubles as Secretary of the Governing Council, pursuant to Section 1 of the Freedom of Information Act 2011, for access to records and information on the procedure and processes adopted by the Governing Council of Unical in appointing a V-C for Unical on September 11, 2015.

Specifically, the application is seeking access and information in respect of any journal or newspaper containing the advertisement of the V-C’s position, list of members of the search team constituted by the Governing Council to shop for a V-C, a list of all the candidates, their qualifications and academic status included as well as the short list of the candidates for the position.

Again, Eyong’s legal representatives have his instruction to demand for the names of the Joint Council and Senate Academic Board selection committee that interviewed the candidates and their designation, just like they want forwarded to them the record and detailed score of the three candidates recommended, among other demands.

If the Registrar fails to meet the conditions spelt out in the application, which has since been forwarded to him by courier, seven days from the day he received the application, “legal proceedings to compel the Governing Council to disclose the said information and to set aside the purported appointment of the V-C”, will commence, the application said.

Sources within the Registrar’s office were unable to confirm to www.calitown.com if the Unical official has been served the letter. However a source in the institution confirmed that the issues raised in Eyong’s application have occupied the front burner since Akpagu’s “paved emergence”, as he put it. It remains to be seen how all of this plays out.