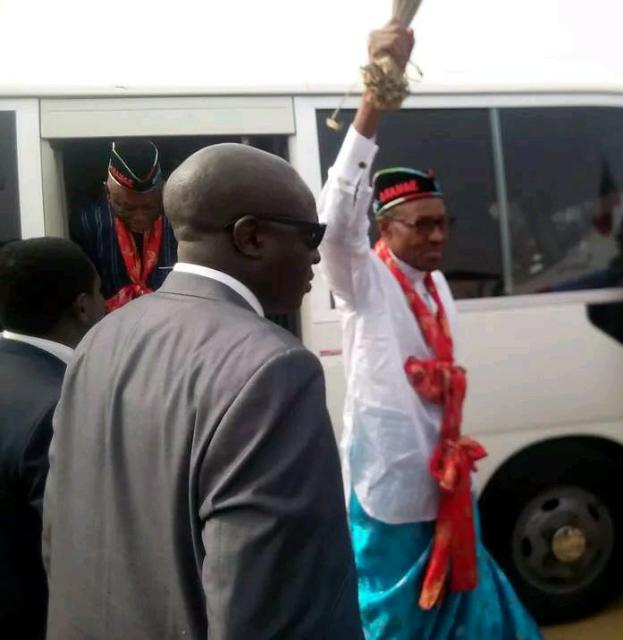 Political leaders from the Niger Delta region have appealed to President Muhammadu Buhari to confirm Justice Walter Onnoghen as the substantive Chief Justice of Nigeria. They said the President should not deviate from the norm that usually makes the most senior justice at the Supreme Court to be appointed as the CJN.

The leaders, under the aegis of Pan Niger Delta Forum, stated that this was the first time that the most senior justice at the apex court was being made to act in that capacity.

They made the appeal at their meeting, which was held at the residence of a former Federal Commissioner for Information, Chief Edwin Clark in Abuja, on Saturday night. Apart from Clark, the meeting was also attended by a former Governor of Akwa Ibom State, Chief Victor Attah and the former Chairman of Daar Communications, Chief Raymond Dokpesi; Edwin Osuhor, Daniel Usigoh, Mac Emakpoye, Agbedi Fred, Sen. Rowland Owie, Alaowe Bozimo, and Dr. Alfred Mulade, among others.

Clark, who declared the meeting open, lamented the appointment of the Onnoghen in acting capacity, saying that such action was the first in the history of the country. He said that the non-confirmation of the acting CJN could mean bad treatment was being extended to those who hail from the Niger Delta by the government.

“I want to appeal to the government and President Muhammadu Buhari to consider the appointment of the acting CJN as the substantive CJN in the interest of peace, and as the normal thing being done which is the tradition in the judiciary,” he said.